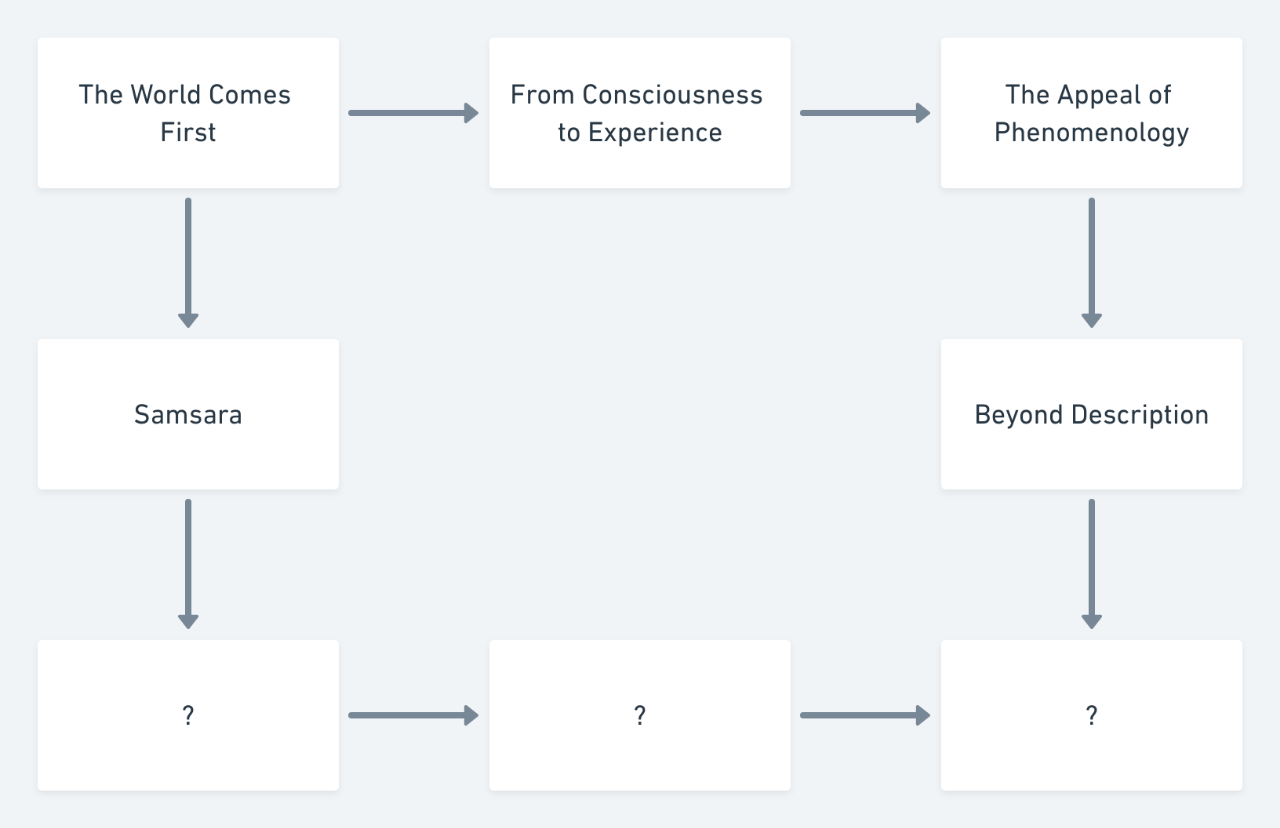 Wherever you go, there you are. Sounds like the title of a new age book and it probably is the title of one, but there's a core truth to the statement. The world envelops us, making its fruits available when we need them and sending tigers our way when we aren't looking. It's always there. Switched on 24/7.

There's transparency to the world's presence. Whether fighting or fleeing, there's an ease to our being – we are never at a loss. As I scream my mother's name while being swallowed alive by the tiger, I am under no illusion as to what's happening. True illusion is rare and incomprehension is conspicuous by its absence. We might be lost on the way home but there's never a sense that life itself is a loss. The world – or what we often emphasize as the real world is the best user experience we will ever have.

Of course, some might argue that the transparency is a consequence of natural selection, that those who stood mystified as the tiger leapt towards them are gone forever. While it's a compelling argument, I am not convinced. I believe that there's a genuine sense in which the world is transparent to us, within the constraints binding us as a species – and that freedom is not unique to humans; it's in the nature of being alive.

Unfortunately, its intense familiarity makes it extremely hard to study. There's no science of the world as such; in fact, we are at a loss to explain why there's a world in the first place. Where in this vast universe of galaxies and quarks is the world into which we awake in the morning and from which we slip away at night? With all our sciences, we can only study the world through surrogates – consider something as vivid as the redness of a summer rose: where in our measurements of reflection and wavelength is the color red? For that matter, where's the rose?

The physical universe is without character or meaning, while the world is filled with both. We can't study the world indirectly. Ah, you must be thinking: he's talking about the mystery of consciousness, the strange presence of seeing colors and smelling perfumes in a universe of colorless and odorless photons and molecules.

You would be wrong. The world has as little to with consciousness as it has to do with matter. They are both correlates, not the real thing.

Tomorrow: From Consciousness to Experience