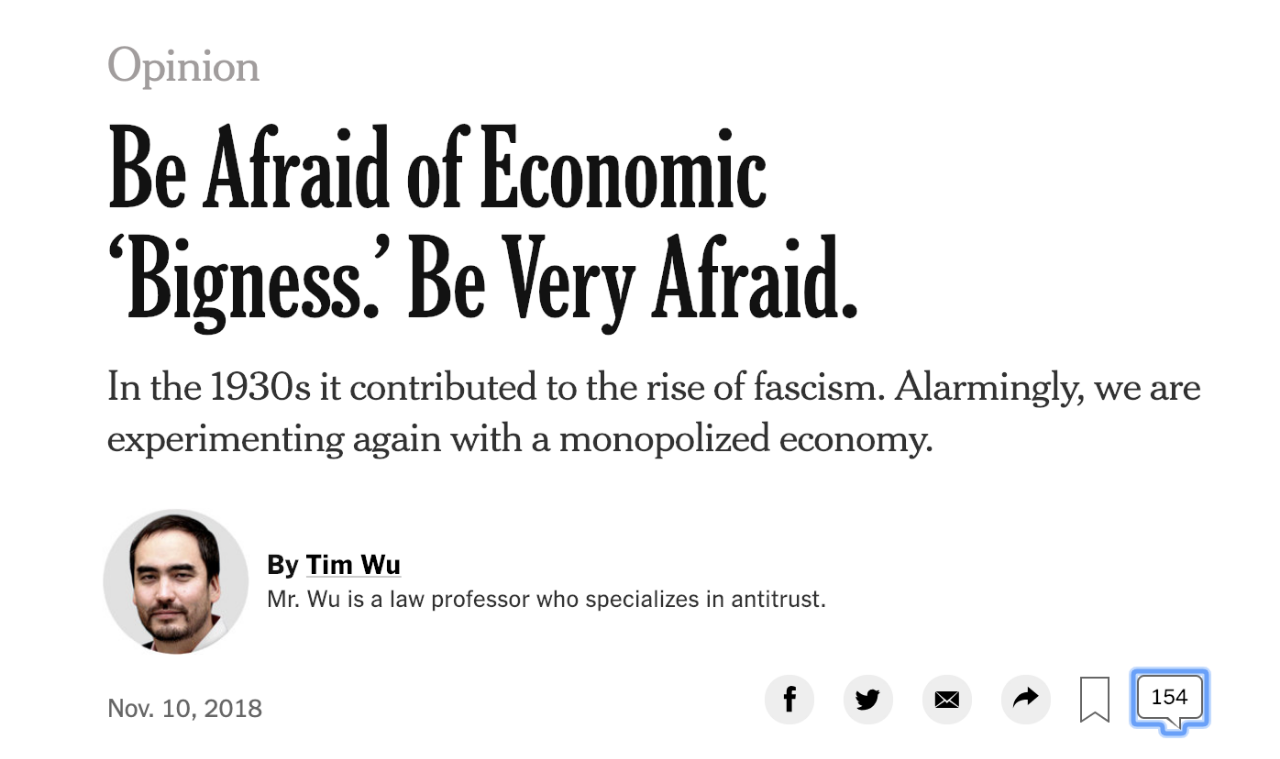 Brief comment on this NYT article by Tim Wu.

This article reminds me of Peter Thiel's infamous claim that monopolies are preferable to competition. No wonder he supported Trump. We need to wean ourselves off their seductive gadgets and networks but I am not so sure where we are going to find the political will to do so.

Part of the problem is that modern monopolies work – they are well designed, they are more efficient than the companies they supplant and they are more customer oriented than a grizzly mom and pop store. Who doesn't like their Amazon prime and who can live without Google? A monopoly such as Amazon is able to use its central role to bargain for lower prices for the customer – who cares if their employees faint from the heat in the warehouse?

I am not convinced that antitrust action will work – they are national solutions to companies that are global by nature. Monopolistic capital weakens the nation state itself and the tragedies of Brexit, Trump and Bolsonaro are signs of the powerlessness of nation states to respond to our networked era. 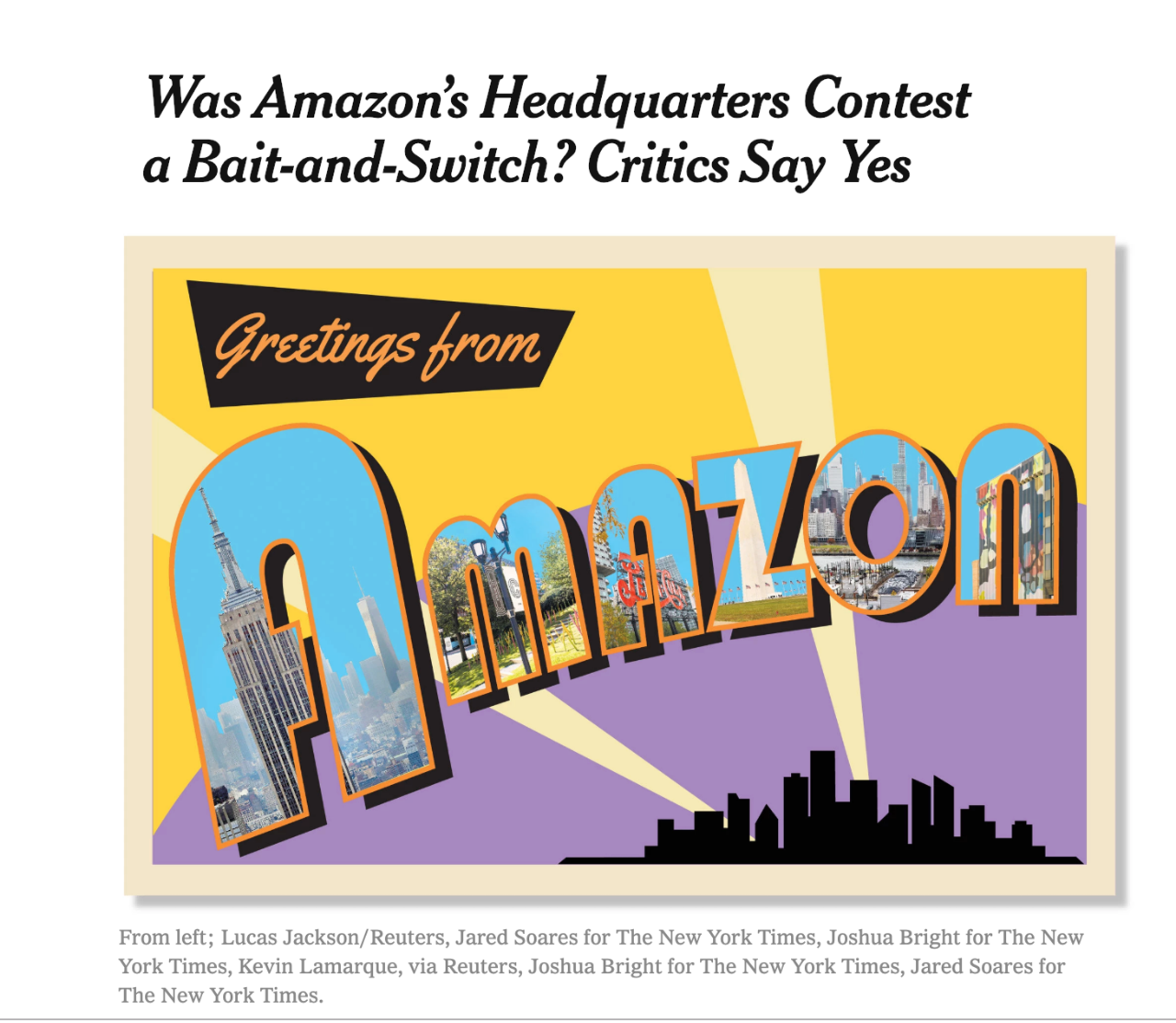 Let's see. Cities fell all over themselves to get Amazon to their doorstep. Which means, not only sharing of data about household incomes, housing stock, complementary businesses, storage spaces and what not, but also any number of public officials and business leaders who added themselves willingly to Amazon's network. Perhaps a couple of drone flights to the moon thrown into the bargain.

In other words, not only did the country hand over data and political & business relationships to Amazon, they paid to do so. Amazon gets to drive past go and collect $$$ without having to work for it – it's like they were handed a bagful of dice with sixes on every face.

And then they communicate this decision on the one day of the year when no one is paying attention to Bezos. Pretty brilliant in a Machiavellian kind of way.