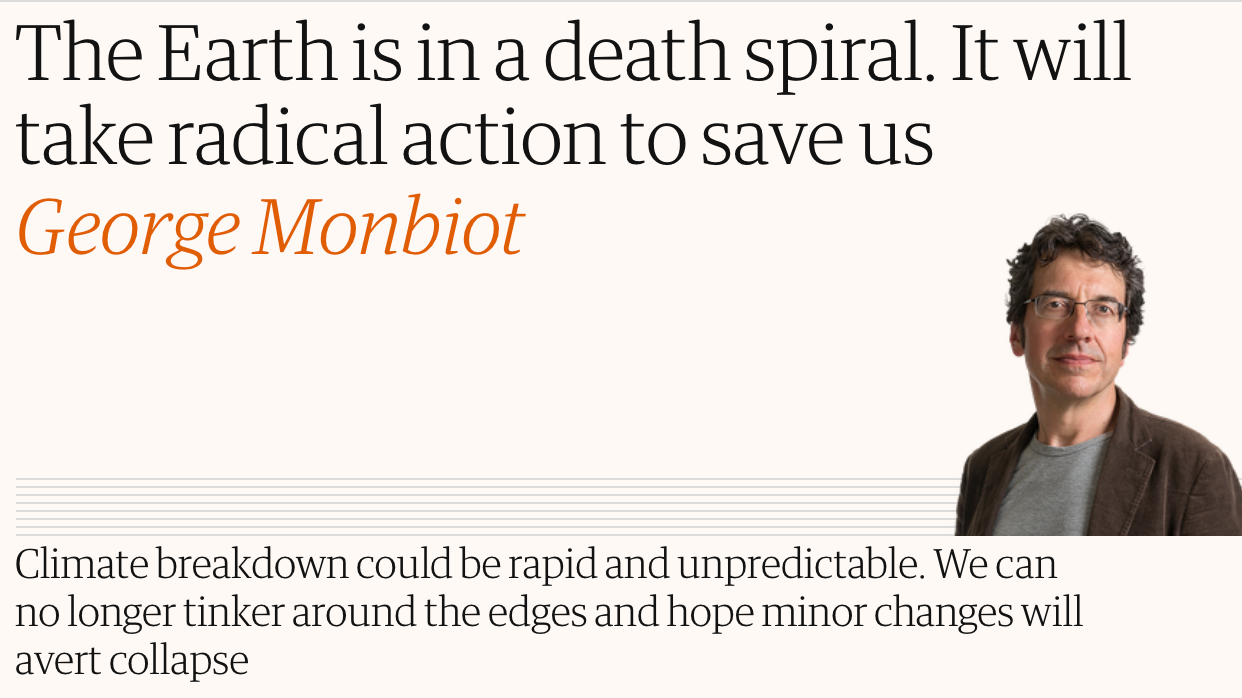 Brief comments on this article by George Monbiot.

Even those who are aware of the emergency imposed by climate change underestimate the urgency.

Let's take the most extreme responses that have been discussed so far. In the US there's talk of a green new deal or a world war II style mobilization against fascism.

Will these be enough?

I don't think so. For one, such proposals are immediately followed by the mention of market forces and carbon taxes and how solar power is getting cheaper than coal and gas.

I think those are false, even harmful framings of the challenge before us.

It's also not going to be solved by a “war effort.” Wars are limited mobilizations, both in space and in time. It took six years to defeat Hitler after which we went back to guzzling gas and minting widgets.

In contrast, what we need is a permanent change from an extractive to a regenerative society. We can't just invest $30 Trillion in carbon sucking devices and pretend as if the rest of our way of being is adequate. Geoengineering is too small an ask, WW II style mobilization is too small an ask. Neither is asking us to change the underlying system that has brought us to this pass.

What we need is a complete and total re-imagination of human life on this planet.