Hard Laddoo Politics and the Viagra of History 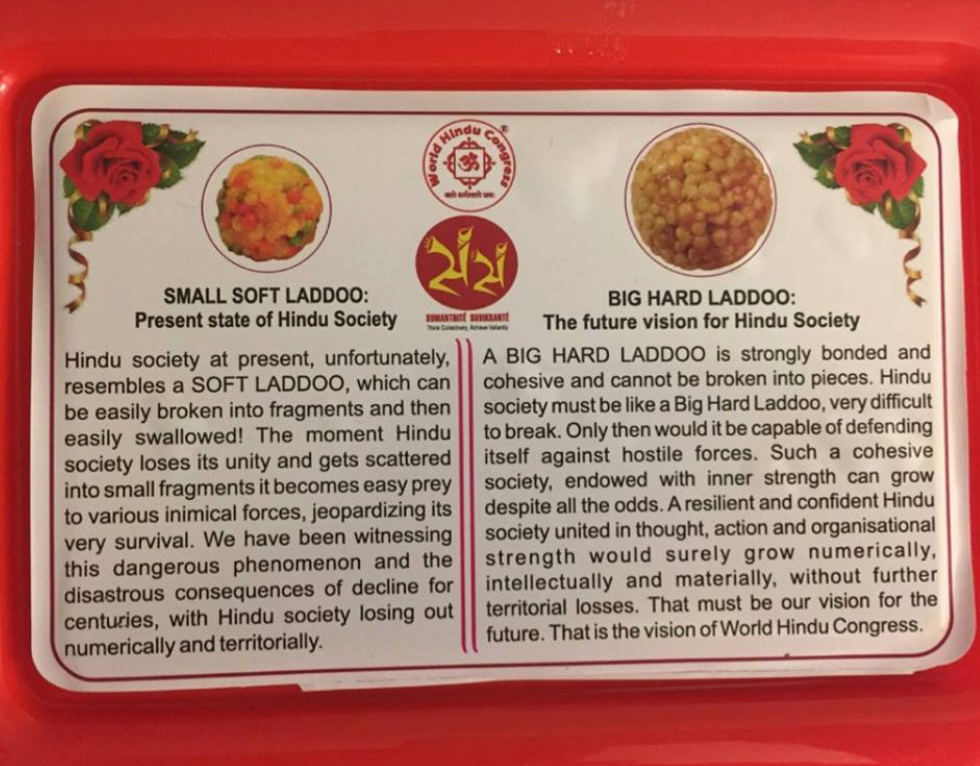 Most people I know have a whatsapp story to tell of that deranged uncle or classmate who simultaneously believes that Hinduism is the religion of peace and nonviolence and that Muslims and other interlopers have to dealt with severely, i.e., anywhere between abjection and annihilation.

It seems we are soft laddoos who need to become hard laddoos ASAP, but good news is at hand; if press reports are to be believed we are recovering our wilted hardon after thousands of years of softness. Jai ho. Of course, that hardness comes with 56 inch chests, virulent patriarchy and unconcern for anyone whose lot in life is worse than yours.

Let's say 10% of the population (an underestimate) has swallowed this viagra of history. Surely the richest 1% is overrepresented in the list of viagra poppers. They own all the tv stations and run all the corporations, so their class interests and their psychological biases reinforce each other.

The only things they don't own yet is the state and civil society – I mean they own most of it, but there are still some institutions that continue to protect the subsistence farmer and the migrant labourer.

Which is why the subversion of democracy is of paramount importance. Which is why you need to create a surveillance state and invent new categories of treason. Note how both of these are advanced in the name of development.

The easy answer is to label these developments as fascism. I don't think so – what we are seeing is an entirely new phenomenon of concentrated control in the age of rapid flows of capital and information.