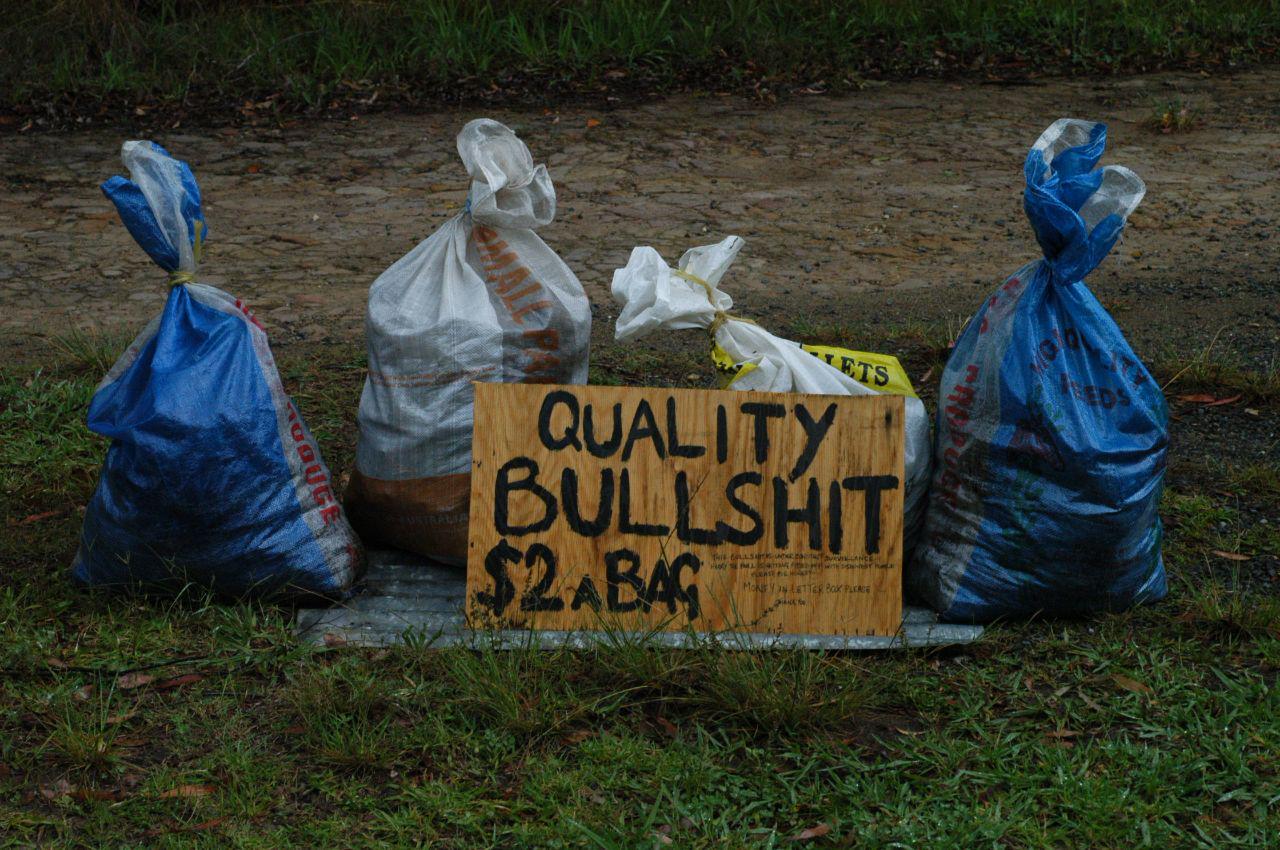 It's always gratifying when one of your terms becomes a meme. It's much easier to become a meme coiner if you're smart, carry an air of radical chic while enjoying a tenured position in a well known imperial institution. Like David Graeber. I remember reading his article on Bullshit Jobs and not being convinced by its overall argument even as I agreed with the individual examples.

That article has become a book now, but importantly, it's become a meme. Here's a person turning that vague argument about bullshit jobs into another vague argument about bullshit websites. Yes, websites are bloated just as our economies are bloated. Let me also add that for the first time in human history, there are more obese people than there are underweight people. So our bodies are bloated too. And don't forget: our air is bloated with carbon, in fact, more of it than any time in recorded history.

There's bullshit in the air, bullshit in our food and bullshit on our desks. What are we going to do? Who's to blame?

Behind all of these bloated tragedies is another vague claim: that capitalism is the root of all these evils. I am usually the first person in the room to point the finger at our our greed for profit, but such vague claims have no explanatory value and worse, they do not help us change the world in a better direction.

Consider the idea of a bullshit job: management consultants, brand strategists, deans for academic planning etc etc, i.e., paper pushers the world over. They don't make shoes but tell other people which shoes to wear. It's a romantic position that unifies the left and the right, that there are honest toilers at the bottom, greedy capitalists at the top and the middle of the sandwich is occupied by legions of bureaucrats who create work where there's none so that the masses are kept occupied instead of occupying Zuccotti park or whatever.

Honestly, all of these accusations are true, but they're besides the point. Let's take the jobs for example: what's the opposite of a bullshit job? Graeber gives us a clue: “Over the course of the last century, the number of workers employed as domestic servants, in industry, and in the farm sector has collapsed dramatically. At the same time, ‘professional, managerial, clerical, sales, and service workers’ tripled, growing ‘from one-quarter to three-quarters of total employment.’”

If you're an oil rig worker extracting black gold out of the earth, you're a full-on productive genius. So is the slaughterhouse throat-slitter, the gun assembler, and the tree logger. In fact, every extractive industry in the world is a good thing cuz it's not a bullshit job.

Here's my problem with this argument: the non-bullshit job (should we call it the bullsteak job?) is arguably worse for us than its paper pushing counterpart. Do we need a new shoe line every year? Or a new model of whatever car you're going to trade in this year? A great deal of production is as unnecessary as the unproductive administrator who oversees the assembly line. Actually, it's worse, for the bullshitter only produces bullshit, i.e., documents – while the productive worker produces cars and plastic bags and cute little dolls handed out to kids after birthday parties only to end up in a landfill.

The problem isn't one of bullshit jobs. It's all jobs. The machine needs jobs (until yours is automated away) and the very nature of a job is to expand until it occupies the time available for its completion. That's Parkinson's law. There's no returning to an industrial utopia.