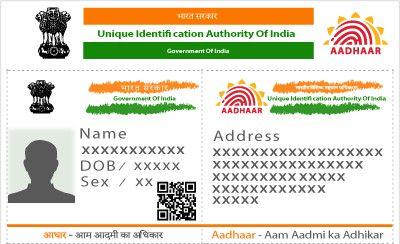 I can imagine an alternate universe where Indians are like Swedes, stopping at red lights even when there's no one else at the traffic light, keeping passwords to oneself like a bag of Frito-Lays instead of sharing them with family and friends.

Unfortunately, we get paid a measly Rs 30 a pop to keep that password secret. Fortunately, 30*N is bigger than any number that god might imagine, so we have been busy sharing that password with anyone who's willing to sit in front of a computer while another person scans their vitals in front of you.

Plus, why blame the poor kirana aadhar operator when the masters of aadhar universe think designing a hyper-secure system for a billion plus people is like selling Y2K patches to cost-cutting Amriki companies.

In fact, let me propose Aadhar 2.0, Geneaadhar, where we will collect and store the DNA of every Indian resident and the only way you can get water at the local dhaba is by having your thumb pricked and the blood tested for authenticity.

What a great boost that will be to the Indian biotech industry. Plus, it will help us identify all those suspect people whose blood comes from somewhere else in the world.

What an idea sirji.